Before we get into this article, it is totally worth showcasing our top recommended pomades. You can't go wrong with these pomades. So many products out there, but the reality is many are disappointing. All of these pomades deliver great results. Take control of your hair now. The best men's haircuts deserve the best hair products.

Smooth, easy to work with, super hold, and yet has an ultra-light (not sticky or tacky) and natural feel in your hair.

A long-time favorite, this pomade has a medium hold and a near-matte, low-shine look.

Firm yet pliable hold, semi-matte finish. Keeps your hair in check with a natural look and feel.

The Ivy League haircut, known also by the brand names of Princeton or Harvard Clip, is a short men’s haircut with a part. It is a crew cut with hair long enough ton top to style with a side part.

In addition to being combed over to one side, the Ivy League can be styled with short bangs or brushed up into a short pompadour.

This preppy hairstyle can be worn short or even military short. While it’s a retro cut, the classic look has never truly gone out of style. The cut gets longer or shorter but always looks good.

Check out these 5 ways to wear the Ivy League Haircut. 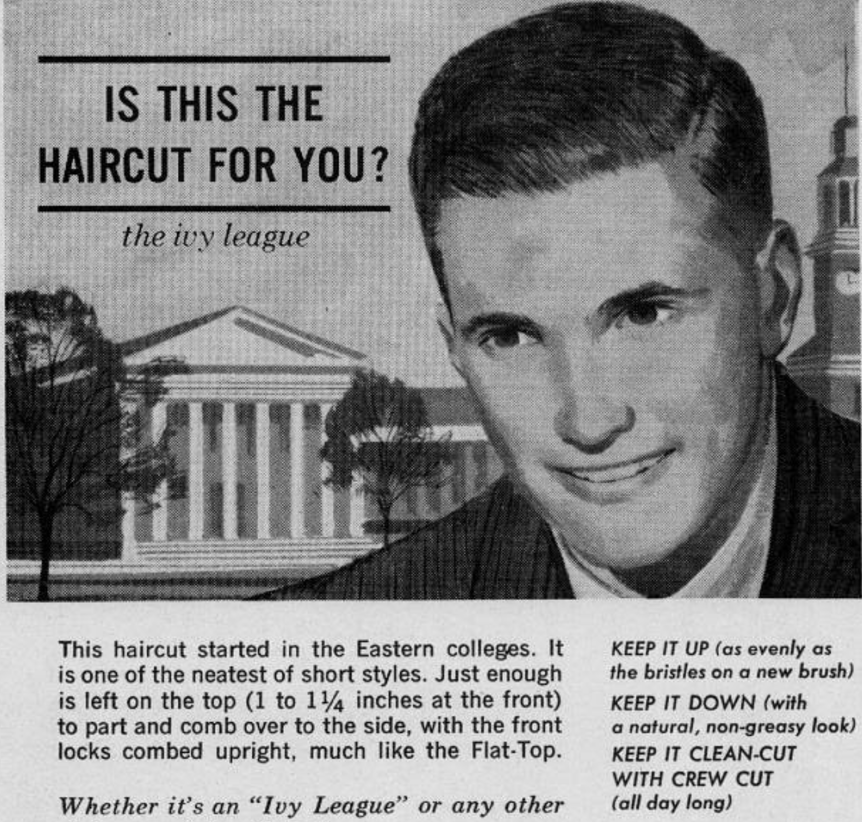 As seen in a 1961 Boys’ Life magazine, this is the original Ivy League in a pomade ad. The style is clean cut and short, but just long enough to style. 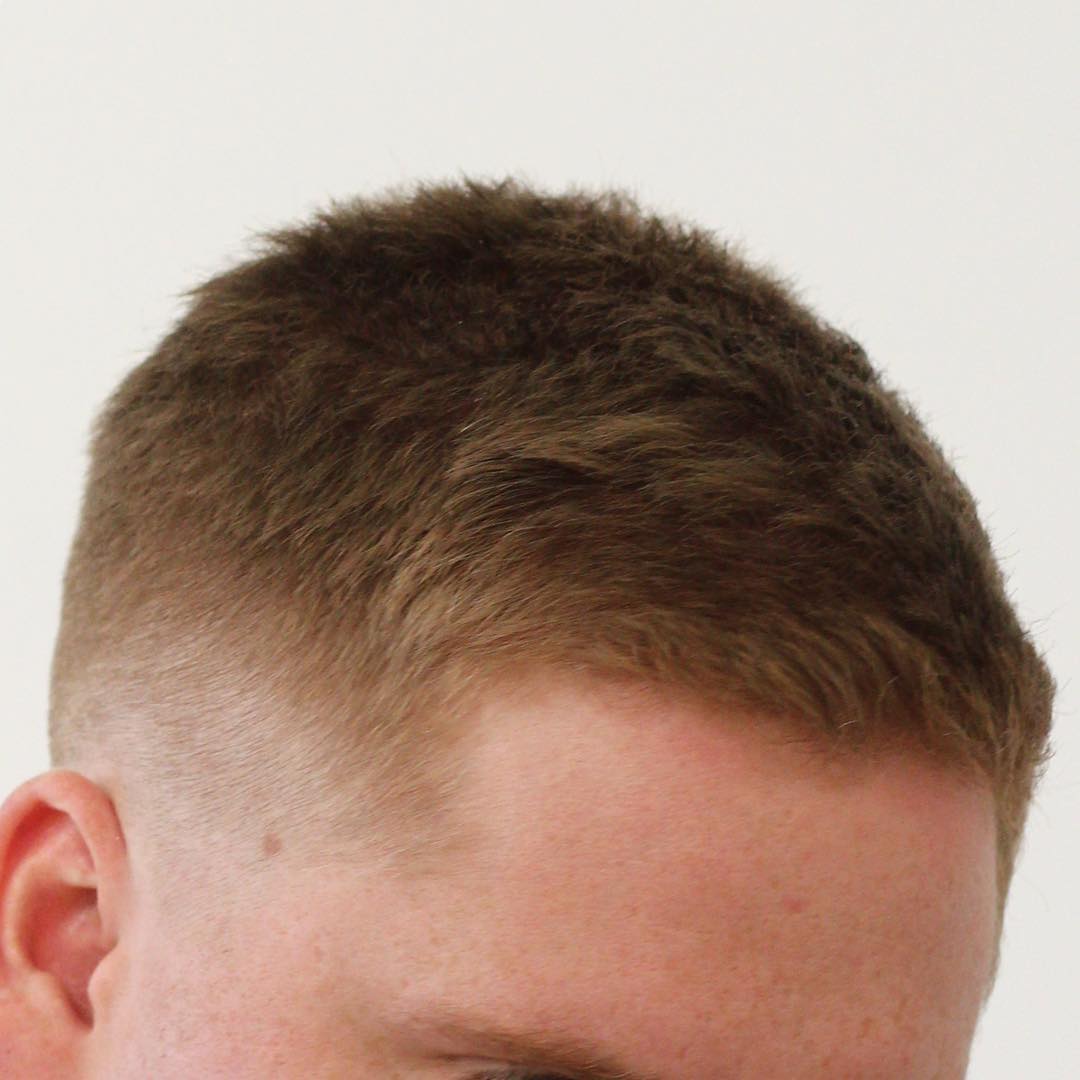 True crew cuts are very short. This military-approved version of the Ivy League has just enough hair to part and style to the side. Add some product for a more defined finish.

Just a touch more length and a hint of product takes this cut and style from a high and tight to an Ivy League. 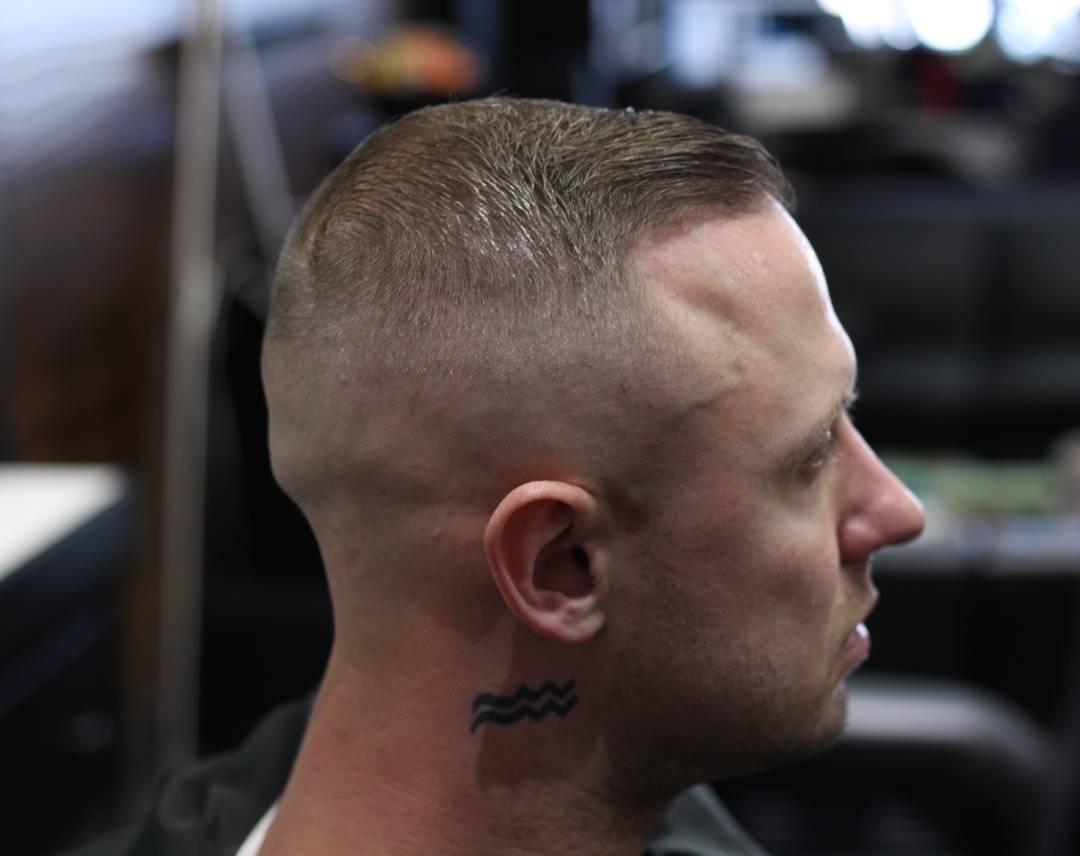 The Ivy League is also an excellent transitional hairstyle when going from something short and shaved to longer looks. The longer on top, short sides and back adds some shape and styling options to the growing out process. 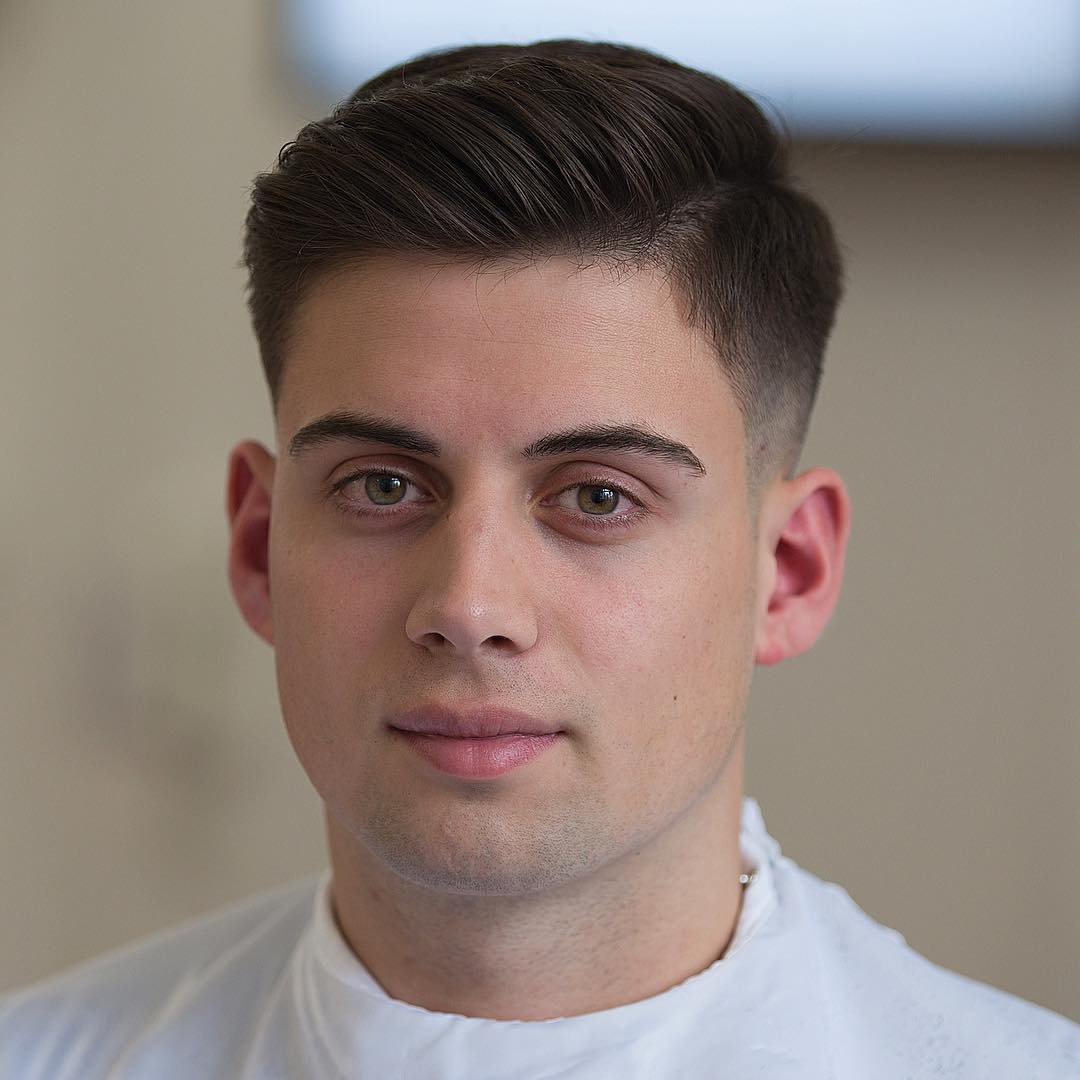 This modern version of the Ivy League adds a low fade around the sides but doesn’t lose any of it’s preppy charm. 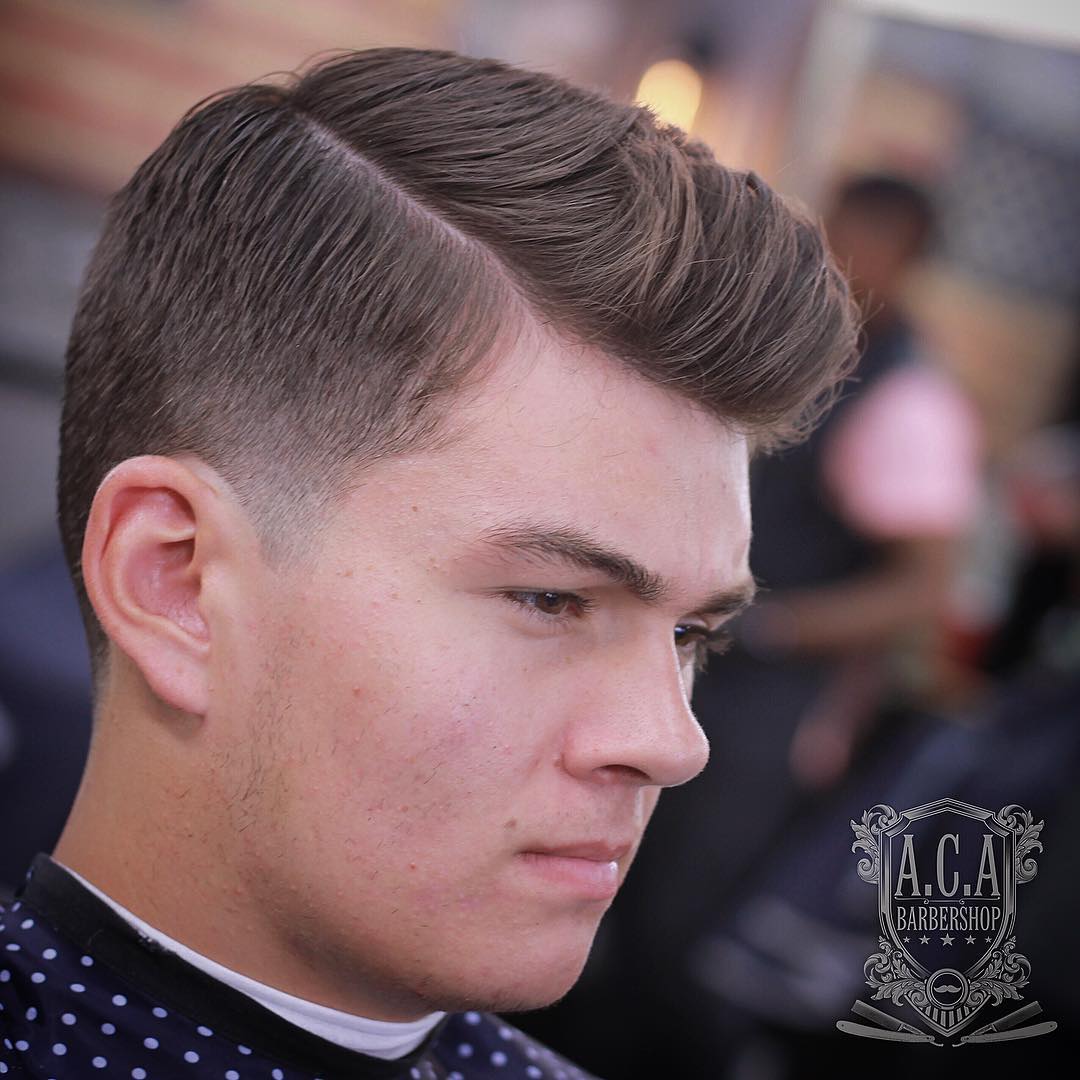 Also called a convertible hair cut because of the styling options, this Ivy League is brushed to the side opposite the part and up into a low pomp at the front.

We use affiliate links and may receive a small commission on purchases. Please read our disclosure.

It’s that time of year again – trying to find a present for loved ones that ... Read more

The most popular men’s haircuts include a little bit of everything. That’s why we have 50 ... Read more

The mohawk is one of those looks that never goes out of style It works for ... Read more

Smooth, easy to work with, super hold, and yet has an ultra-light (not sticky or tacky) and natural feel in your hair.

A long-time favorite, this pomade has a medium hold and a near-matte, low-shine look.

Firm yet pliable hold, semi-matte finish. Keeps your hair in check with a natural look and feel.

Most Popular Posts For 2022

Pick Out A Fresh Haircut Style ↓

Pick Out A New Fade Haircut ↓